Have you ever had a vision for your life and then slowly watched it slip from your fingertips?  Yes, me too! I always dreamed of getting married young and having kids within a year or two.  I wanted to be a young mom.  But, the Lord has other plans and we don't always get what we WANT.  We do, however, always get what we NEED.

Colton and I met in July of 2011, got engaged in November of the same year and married in August of 2012.  When you know, you know! We waited almost two years before I tossed my birth control in the trash and started trying to start our family.  Each month, I thought I was pregnant because my period never showed up. Negative test after negative test proved otherwise.  We decided after a year of trying to track my super unpredictable cycles to get some help.  I scheduled an appointment with my OBGYN and he prescribed clomid because it was apparent that I wasn't ovulating (clomid is supposed to induce ovulation).  We tried three rounds of clomid with no success.  I ovulated one of the three rounds.  By the end of that time, Colton and I were stressed out and needed a break.  We decided to let things be for awhile and see what happened.  People would tell me "when you quit trying, it'll happen" so that's what we hoped for.  That didn't happen.

After about a year long "break", I visited a natural doctor.  Through muscle testing, she found that I was extremely nutrient deficient and had low hormone levels.  She told me to cut out dairy, bananas, peanuts and most carbs for at least 3 months.  She also put me on several supplements to increase nutrient absorption and boost vitamin levels.  I started to feel better and my cycles became more regular with this diet.  It was a lot of work.  I ate meat and veggies for those three months and then slowly added dairy back in.  Still not pregnant though.

We basically "gave up".  I prayed that if it wasn't in the Lord's plans for us to have children, that he would take away the desire.  He never took away the desire, yet nothing happened for two more years.  During that time, I continued to eat healthy.  We also looked into foster care, adoption and fertility specialists.  Something in our hearts kept telling us to "just be still" and to "wait".  It was so hard.  I knew the Lord had kids in our future, yet He was telling us to "wait".

Colton and I took those two years to travel and do some things we knew we wouldn't be able to do after having kids.  We probably spent too much money and went a little crazy, but it was the best.  Honestly, even though it was hard to wait, we were at complete peace knowing that the Lord's plan would eventually be revealed to us in His time. 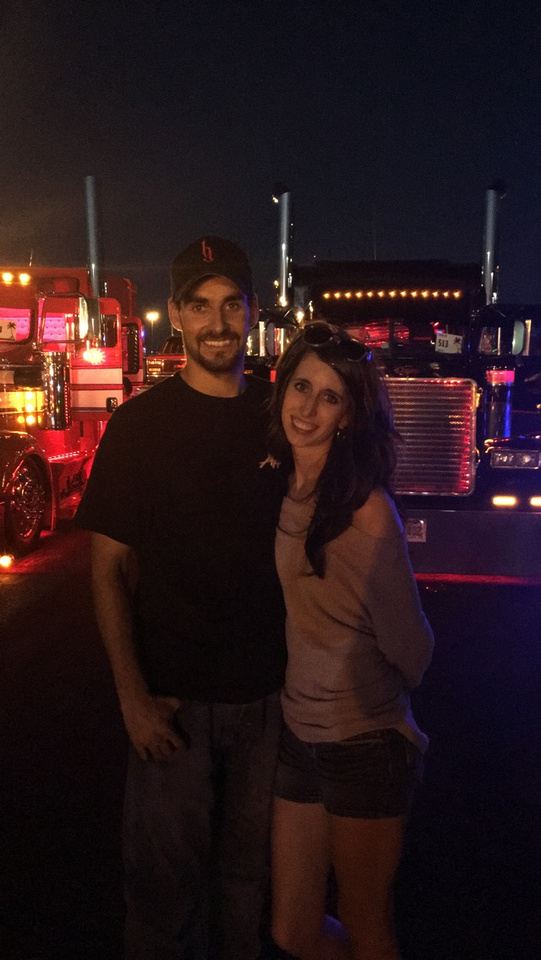 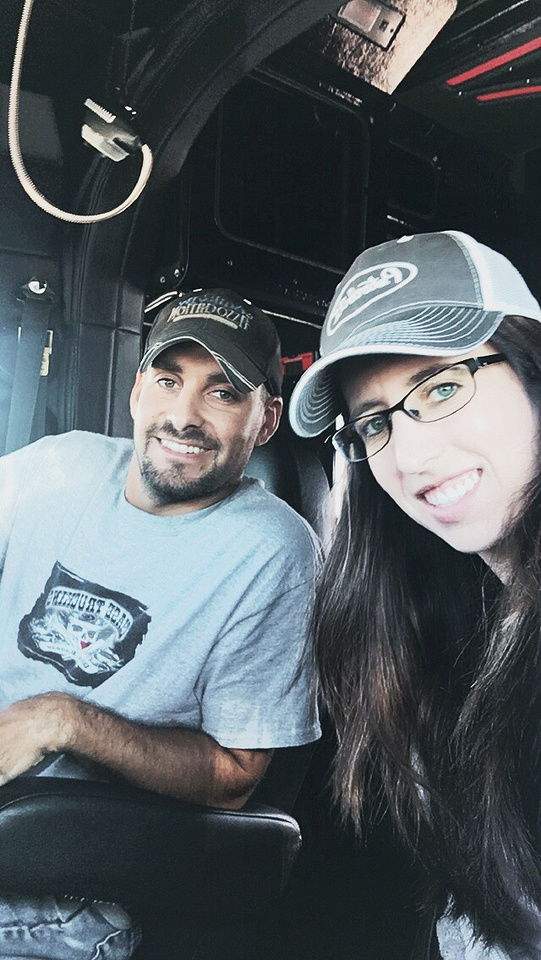 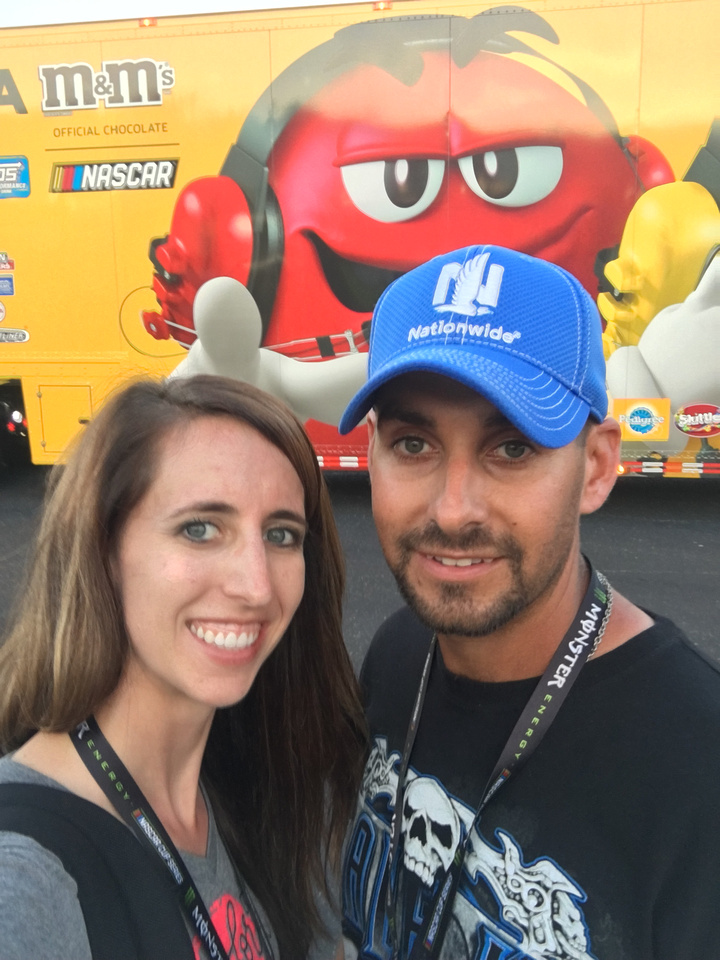 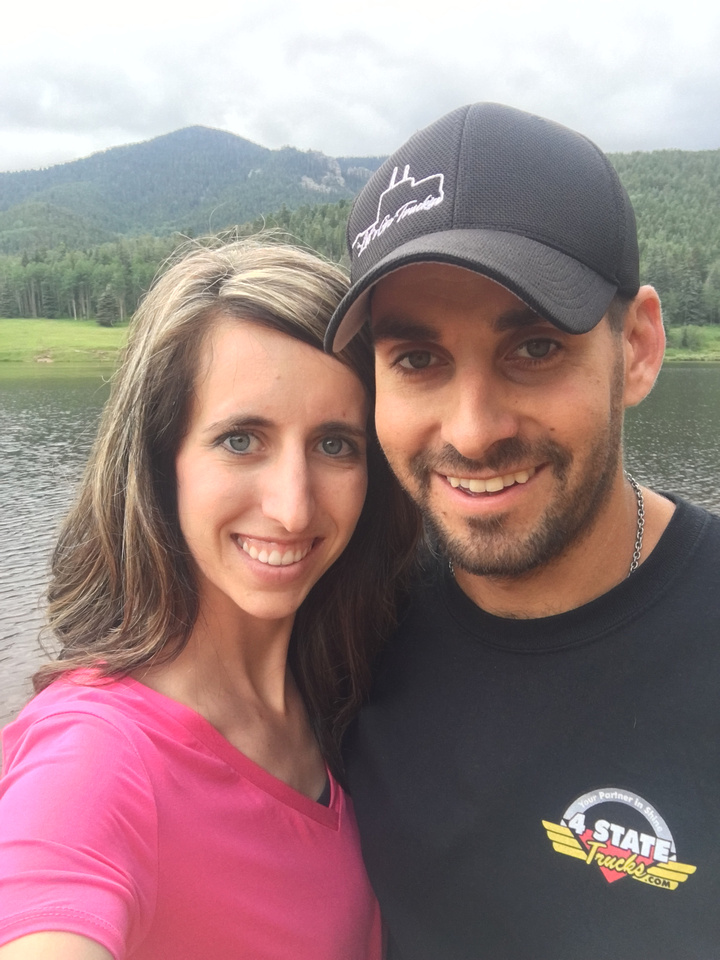 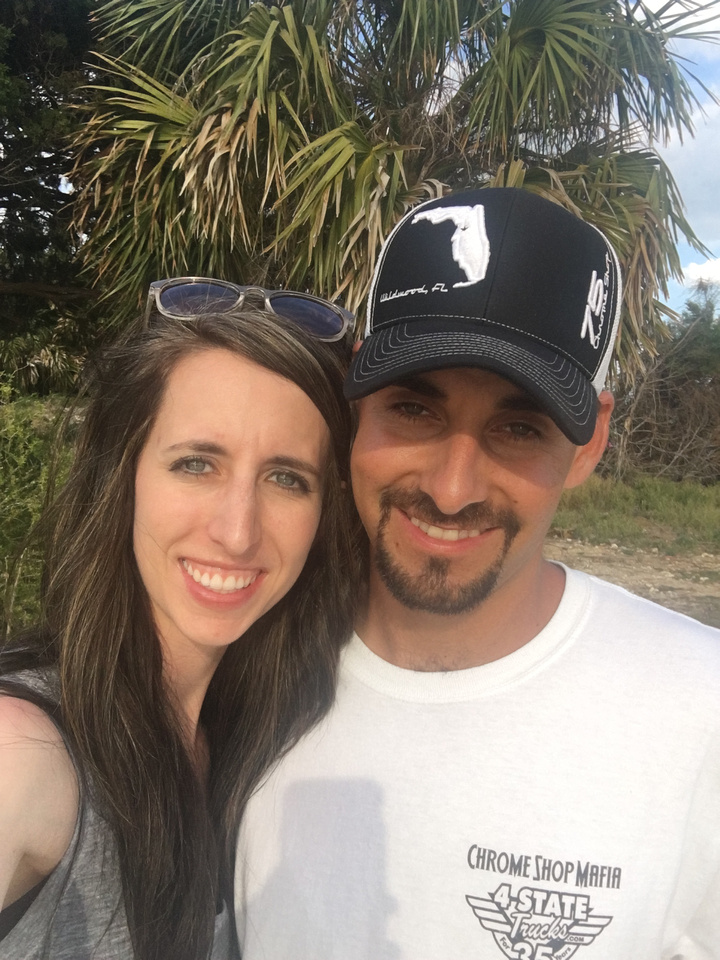 Last February (2018), I had a weird suspicion that I was pregnant.  I didn't want to take a test because of all the negatives I had seen.  I didn't believe that it would "just happen". I thought for sure that we would need to see a specialist after almost 5 years of not preventing.  I didn't take a test.  Instead, I googled every "early pregnancy symptom" and all my symptoms matched up.  I was exhausted, hungry, moody, and I suddenly hated coffee.  I love coffee.  That was weird.

On February 17, 2018 I started bleeding.  It was different than a period.  There was SO much pain.  I immediately took a pregnancy test because I knew that even if I was miscarrying, the pregnancy hormone would still be in my system.  There it was.  TWO pink lines. What? After almost five years of trying, I finally get pregnant only to miscarry.  On one hand I was ecstatic because I knew I could get pregnant. On the other hand, I was an emotional mess.  I have no idea how far along I was.  I think I was close to seven weeks.  But, I do know I have a baby in heaven now that I can't wait to meet someday! 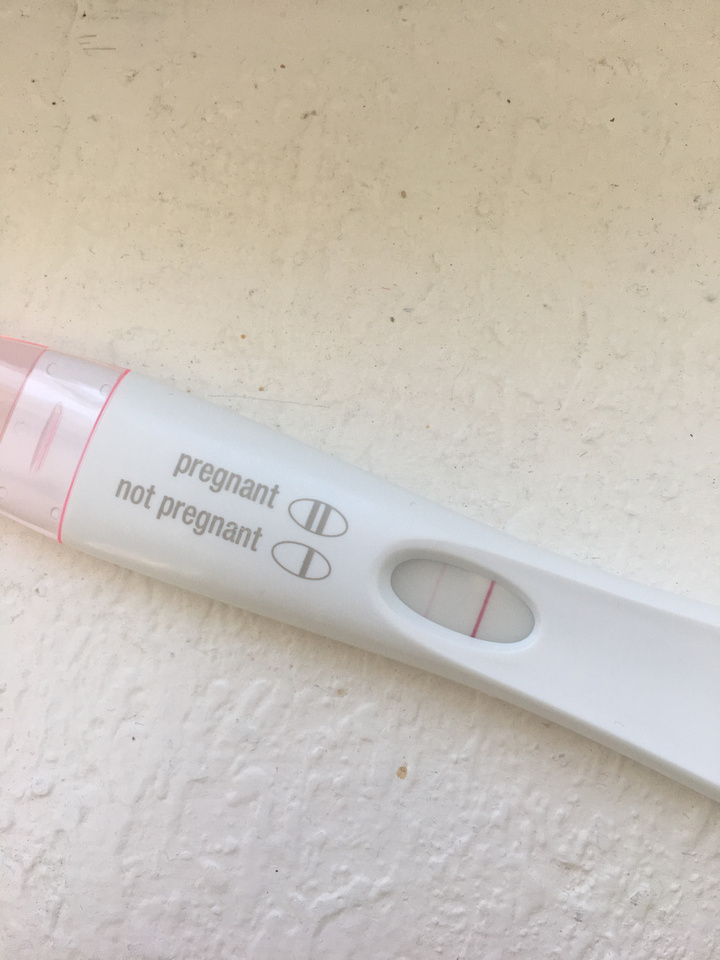 After a few weeks of healing (both physically and emotionally) and tons of prayer about where to go from there, I felt led to see an acupuncturist.  I started seeing her every other week.  I don't know if acupuncture did much for my fertility, but I do know it tremendously helped my stress levels and overall health.  I continued on my minimum dairy diet and increased my protein intake by about 40 grams a day.  I was previously eating 20-30 grams and started striving for closer to 70 grams a day.  Protein is the main building block for our bodies and my body was not getting enough.  How did I expect to heal and grow in health if I was starving myself of one of the main key nutrients?  I started feeling so much better after this change! In July, I had to quit going to acupuncture.  It was a long drive and my schedule was getting too crazy.

Also, in July I bought a Young Living starter kit.  I had been wanting to make the switch to cleaner household and personal care products for a long time so I used my birthday money and grabbed a kit.  At the time I also bought a product called Progessence Plus.  I started using all these products as soon as they arrived.  I used oils mainly for emotional support and the Progessence Plus for hormone support.  It has natural progesterone in it and after the miscarriage I was diagnosed with PCOS. A main factor in PCOS patients is low progesterone so this was the main reason for trying Progessence Plus.  I did a ton of research on how to support the hormonal/endocrine system with Young Living products and started implementing a lot of what I learned.  I also prayed a TON that the Lord would help me to be patient in getting pregnant again.

Early November, I suddenly hated coffee again.  I was so scared to take a pregnancy test so I decided to wait until November 12th.  November 12th was a good day because on November 12, 2011 (seven years ago), Colton and I got engaged! I couldn't believe my eyes on November 12, 2018.  There were two pink lines again. At first I was terrified.  What if I lose this baby too?  I prayed, Colton prayed.  After a very short time, we instantly felt peace.  This baby was going to be just fine. We decided to start celebrating this little life right away.  We told family almost immediately and by nine weeks (after a perfect ultrasound), we announced our miracle to the world. 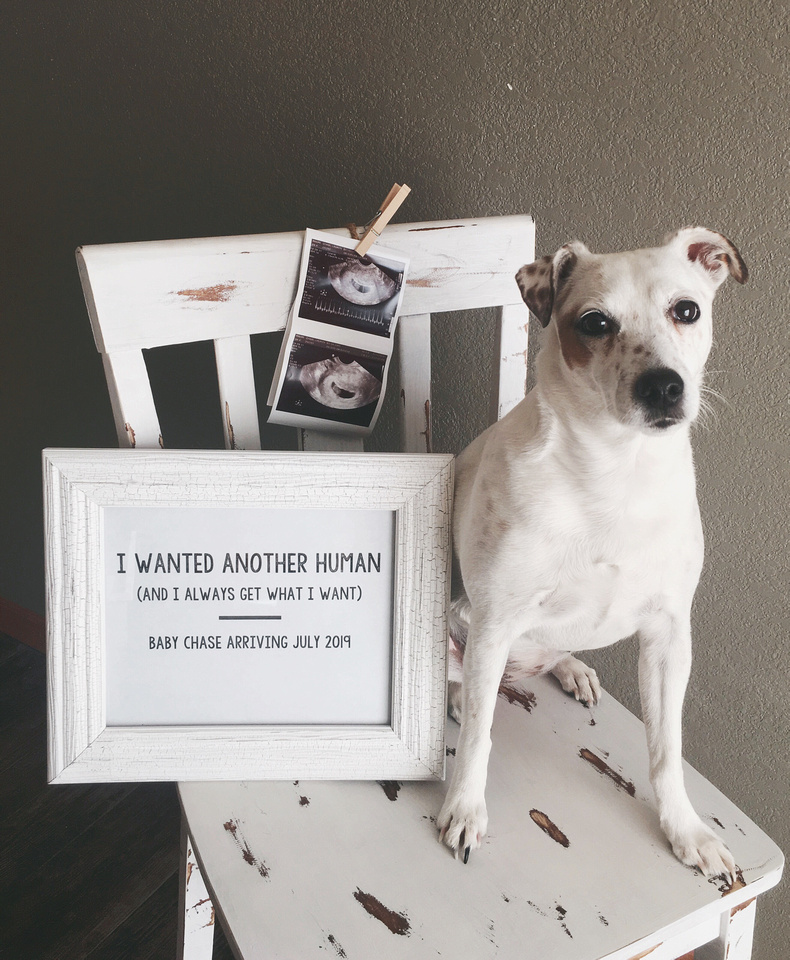 I am still in disbelief and awe of God's goodness through this whole journey.  His timing really is SO PERFECT.  Colton has been on the road driving his truck since we got married.  We never knew if he'd be close to home or halfway across the country.  Although I didn't mind this schedule, I was always worried about having kids and how they would be with their dad gone so much.  We had been praying for an opportunity for him to still pursue his passion, yet be closer to home.  Last Spring, Colton's cousin bought an aerial application business and long story short, gave us the opportunity to work with him and own our own ground sprayer.  So now, Colton will be close to home a majority of the year doing custom spraying for local farmers and then he will still truck (regionally) in the winter.  I am SO THANKFUL for God's timing in making this career shift possible right when we have our first kiddo!  I'll also be working at Western Ag doing office work and will have more evenings and weekends to be with my family due to cutting back on photography.  This is all a HUGE blessing and we are so very thankful! 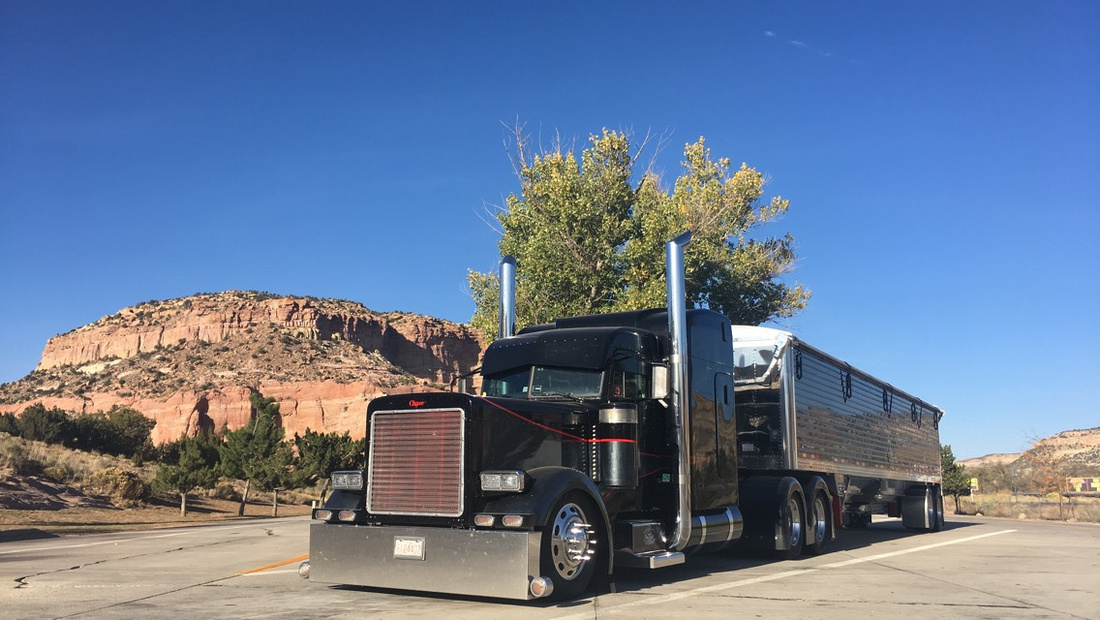 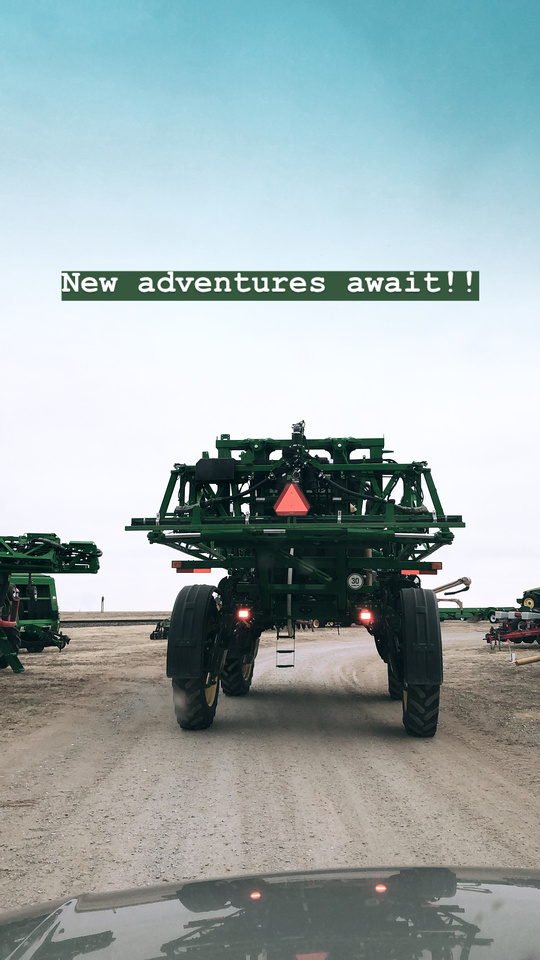 If you are in the midst of infertility, please look at our story as a story of hope and God's faithfulness.  If you are being told to "wait" right now, please know my heart is with you! I know how hard the journey can be! I would love to pray for you! Shoot me an email or drop a comment below!

patrice davis(non-registered)
I was diagnosed with PCOS and premature ovarian failure three years ago, and was told by my fertility doctor that I had little hope of having any baby, not only because of my relatively old age (I am 38). I had pretty much given no hope and had nothing to strive or opt for. As a last effort, my mother bought me your wonderful herbal medicine . It has been the greatest gift I have EVER received and a true life changer. Thanks to your intervention Dr Edidia I am now a mother. Dr Edidia " Thank you! Thank you! Thank you. contact him via email: [email protected] or whatsapp +2349074505296
his website http://dredidiaherbalhome.weebly.com/
https://dr-edidia-herbal-home.business.site/ also visit my facebook pages https://www.facebook.com/dredidiaherbs/?modal=admin_todo_tour OR https://www.facebook.com/HIV-CURE-1359918664158191/?modal=admin_todo_tour
No comments posted.
Loading...
Subscribe
RSS
Recent Posts
Our Infertility Story Sweet Baby Woodrow {Lifestyle Newborn Session} Officially Oily {Why I joined Young Living Essential Oils} New Look { A LOT of Change }
Keywords
Archive
January February March April May June July August September October November December
© Lauren Chase
Powered by ZENFOLIO User Agreement
Cancel
Continue